Posted by Andrew Conradi on August 4, 2015 in Client Alerts

Although Say on Pay remains voluntary in Canada, the number of companies with an advisory resolution on executive compensation continues to rise, with 162 companies holding Say on Pay votes in 2015 – up from 156 in 2014 and 133 in the year prior (a 22% increase since 2013). 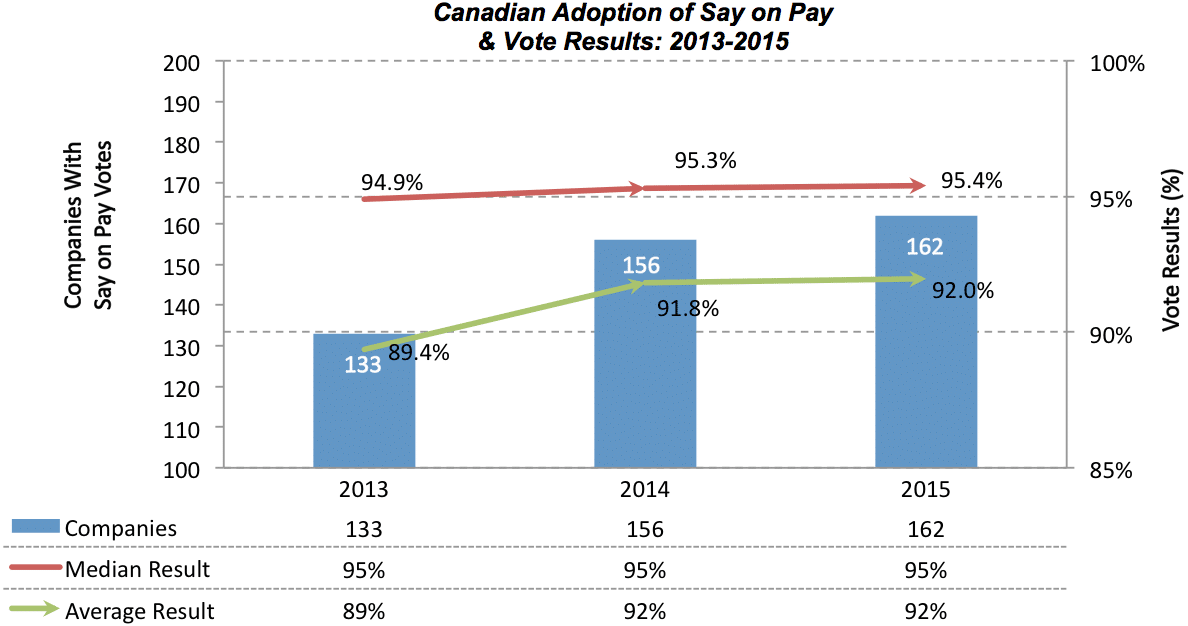 This is a significantly greater negative correlation than the average 18.03% lower results associated with an ISS against recommendation in 2014, and reverses a previously apparent trend of lessening ISS influence.

Meridian comment. While Say on Pay is voluntary in Canada, companies are increasingly adopting this good governance practice. At the same time shareholders are becoming more vocal about their concerns with compensation programs. It is more important than ever for companies to carefully design their incentive programs, to make thoughtful pay decisions and to provide strong disclosure that explains performance and pay outcomes and the alignment between them. Where a company’s pay programs are different from the norm, shareholders and proxy advisors are more likely to support them if there is a very clear explanation of the program and its business or strategic rationale.

In addition, more companies are engaging with key shareholders and proxy advisors in advance of the proxy season to ensure they understand and can address pay concerns, either with structural changes or with improved disclosure.