How and Why Pre-Commercial Biotech CEO Pay is Different – Part Three: East Coast vs. West Coast

Posted by Jim Heim on October 5, 2020 in Thought Leadership

We encourage you to review: 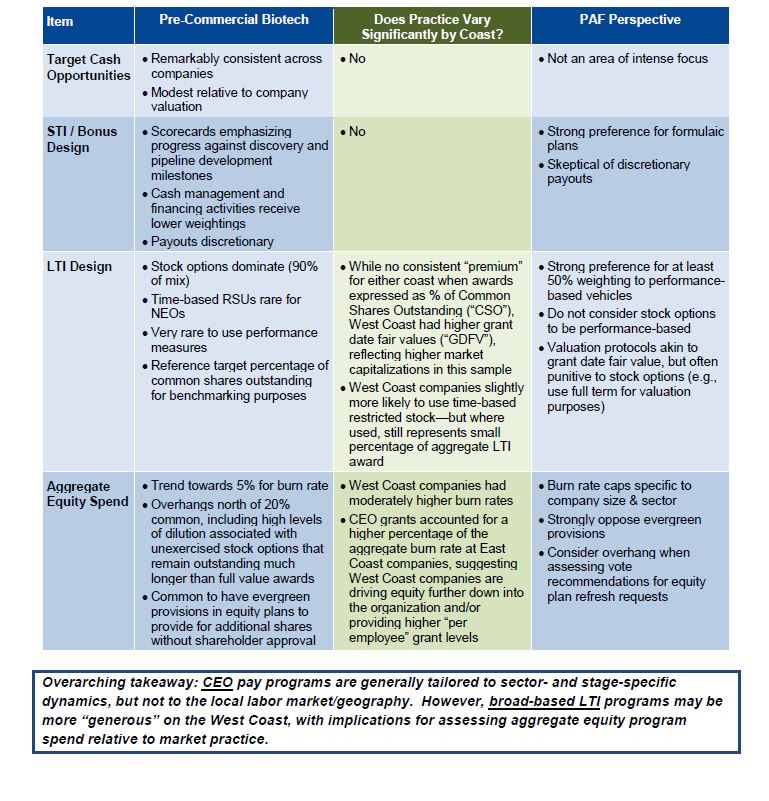 Ultimately, we identified 18 companies (listed in the Appendix) with median key statistics including:

In the remainder of this report, we provide further detail relating to general pay practices, bonus/short-term incentive and long-term incentive design for CEOs, and aggregate equity usage statistics for the benchmark companies. 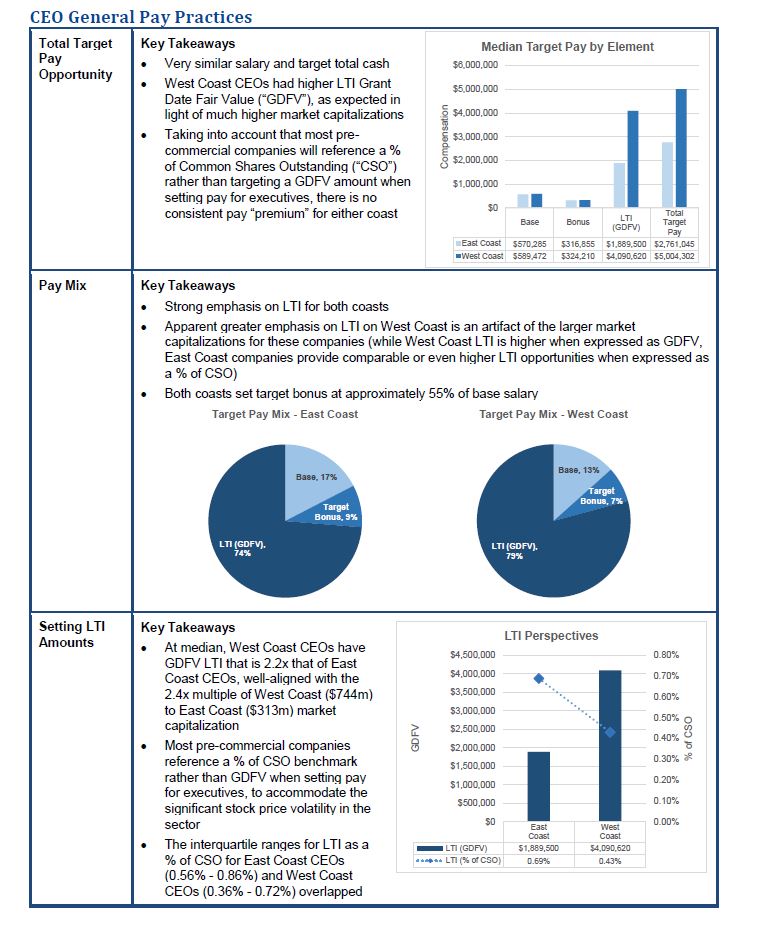 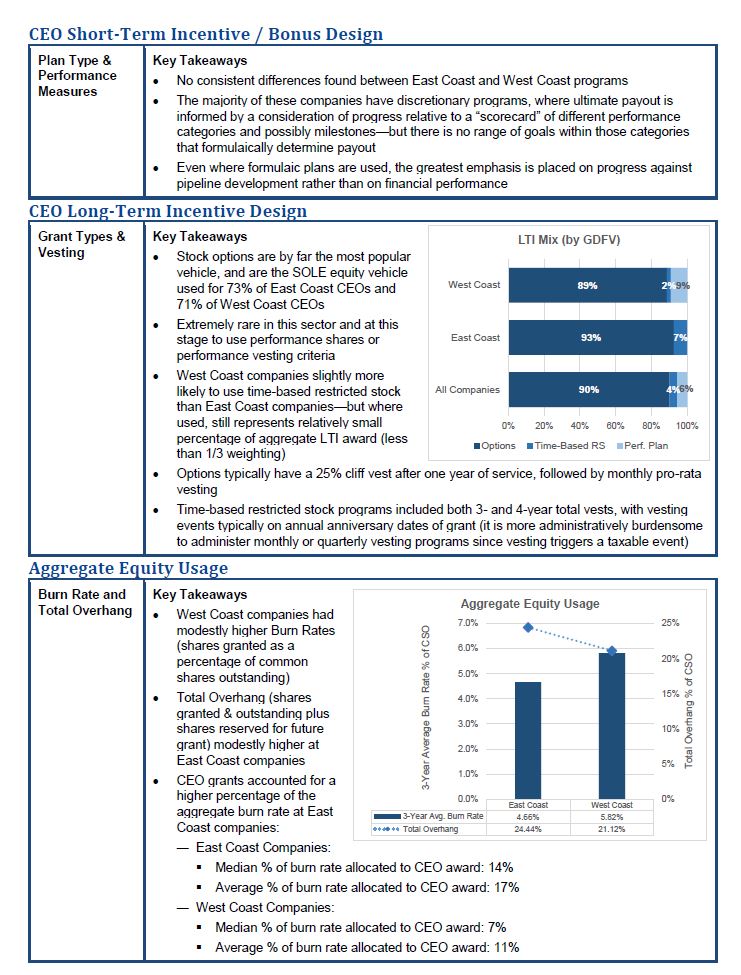