How and Why Pre-Commercial Biotech CEO Pay is Different – Part Four: Drivers of Say-on-Pay Results

Posted by Jim Heim on January 6, 2021 in Thought Leadership

Part One: Tailoring Pay to the Business

We encourage you to review:

As described in Part One, pre-commercial biotech company pay programs have evolved to address the sector-specific business environment and diverge from both typical broader market practices and PAF preferred practices. However, this distinct pay model did not appear to negatively impact SOP results. Overall SOP support for our benchmark companies averaged 96%, well above the 91% average for the broader Russell 3000 during the same time period1. In fact, the lowest level of SOP result for our sample of pre-commercial biotech companies was 82%, and only three of the benchmark companies failed to reach 90% support.

These results indicate that misalignment with PAF-preferred practices alone is unlikely to seriously jeopardize SOP support in this sector. However, lessons may be still learned from examining whether companies with relatively weak Say-on-Pay (“SOP”) support demonstrate markedly different CEO compensation programs than companies with stronger SOP support. This is the focus of Part Four of our series. 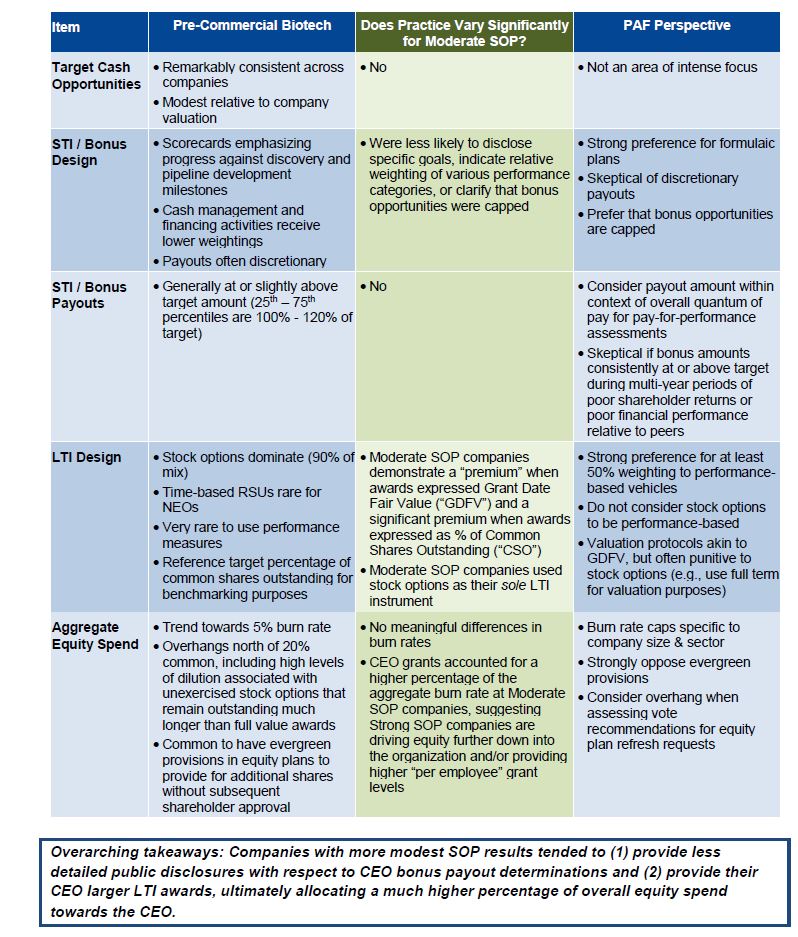 Relative to other sectors, these companies tended to exhibit very strong overall SOP results (averaging 96%). In order to isolate companies with relatively weak SOP results, we used a cutoff of 95% SOP support (i.e., “Moderate SOP” companies had support below 95%).

Ultimately, we identified 18 companies (listed in the Appendix) with median key statistics including:

Moderate SOP companies were, at median, approximately 0.4x the size of Strong SOP companies in this sample and had significantly lower cash and short-term investments at fiscal year-end. However, operating size measures and one-year total shareholder return through fiscal-year end were reasonably aligned with the Strong SOP companies.

In the remainder of this report, we provide further detail relating to general pay practices, bonus/short-term incentive and long-term incentive design for CEOs, and aggregate equity usage statistics for the benchmark companies. 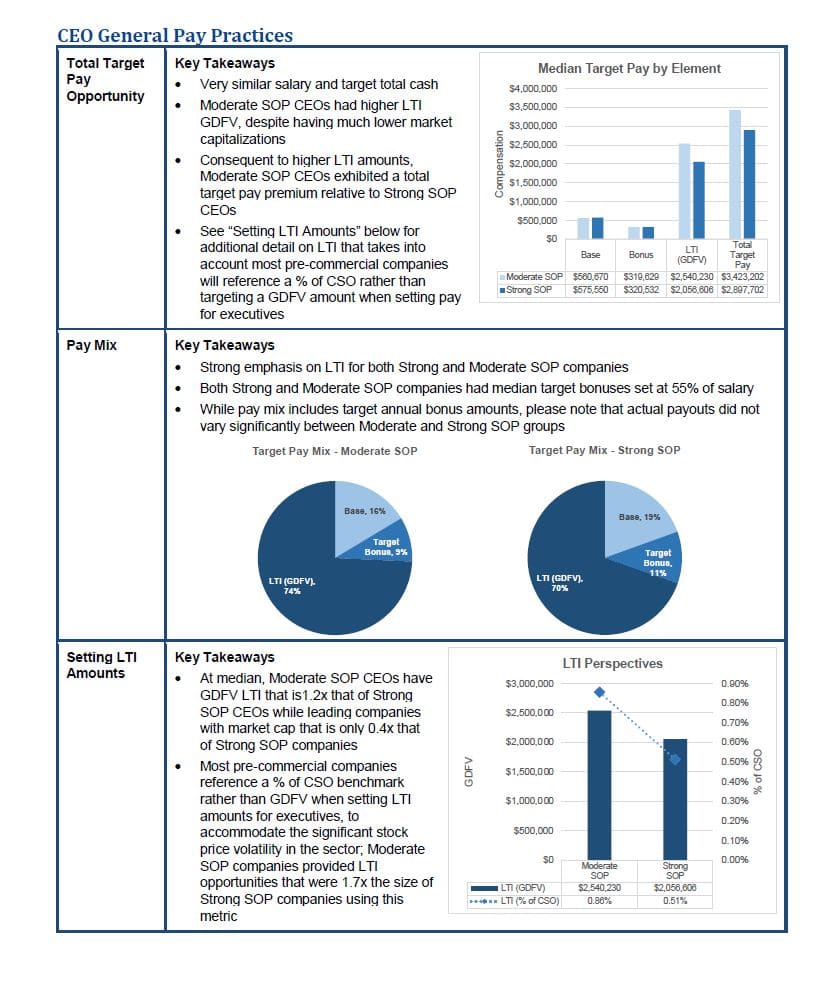 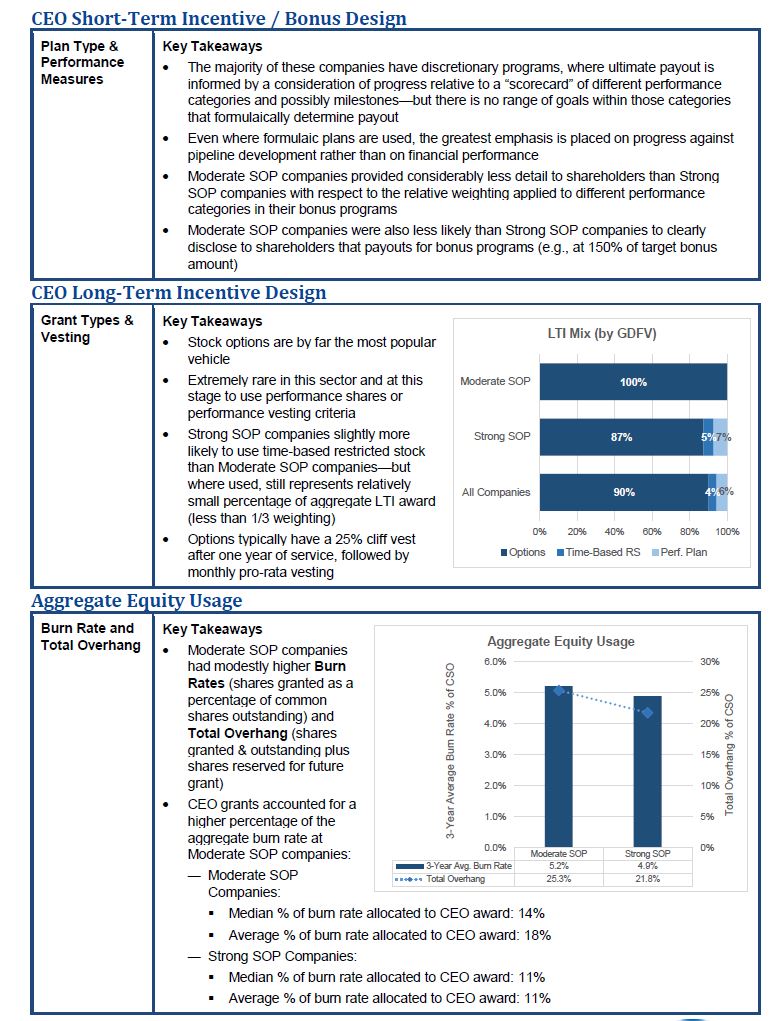